Travel to Sardinia with its idyllic climate, archaeology treasures, dramatic vistas and hearty cuisine that embodies all things Sardinian. Famous mostly for its sea and coastline, Sardinia also abounds in spectacular natural scenery and numerous archaeological ruins, such as the archaeological sites of the early Prehistoric times and the Nuragic villages, as they represent the importance of the geographical and strategic position of Sardinia in the Mediterranean. Sardinia has some of Italy’s best beaches and on this tour, we make sure that you’ll have time to enjoy them.

A world apart, an Island separated from the rest of Italy not only by the sea but also by centuries of history and cultural experience.

We have a real passion for Sardinia and look forward to sharing it with you!

Read what our friends say about this fantastic private tour

Arrive at Cagliari international airport and travel to the city centre for a two nights stay in our central boutique hotel close to the city’s architecturally treasures. At 6.30pm enjoy an included welcome drink followed by a fest at a lively Sardinian restaurant.Overnight in CAGLIARI

Start your discovery of Sardinia with a guided walking tour of Cagliari, the Sardinian capital. It has an enviable setting overlooking the beautiful Bay of Angels and its historic heart-the Castle- cradled by ancient ramparts which enclose some beautiful architectural gems and historical treasures. Beneath the citadel walls, the vibrant Marina quarter is a tangle of tiny streets bursting with tantalizing shops, restaurants and bars. We have included today a visit to Bastion San Remy, a glorious spot for amazing views, the Cathedral, where to admire the restored Pisan Romanesque facade, the elaborate Gothic/Baroque interior, the crypt under the altar and the 2nd century Roman amphitheatre, once the site of gladiator contests seating over 10,000 spectators. After an included street food experience at the popular market, you’ll continue with an exclusive visit to the archaeological museum, giving a fascinating insight into Sardinia’s past with artefacts from prehistoric to Roman times. After time on your own for lunch, we’ll head south-west to explore NORA, one of Sardinia’s most important Carthaginian and Roman archaeological sites. Evening is on your own for further explorations in Cagliari.Overnight in CAGLIARI

The island of Sardinia is the second largest island of the Mediterranean but remains surprising unexplored. It has rugged mountainous interiors with stunning coastal scenery as well as quaint hilltop towns and pretty fishing ports. Sardinia has a rich Neolithic history and the island still boasts over 7,000 Nuraghi fortified tower houses from a civilization which lasted from 1800 to 500 BC. Today’s tour takes you to  Barumini where we’ll have a guided visit of the Bronze Age site at Su Nuraxi ancient megalithic constructions developed during the Nuragic age (1900-730 B.C.), included by UNESCO under the World Heritage Site lists.This is truly an experience you will not soon forget.After,head Ahead to one of Sardinia’s most renowned winery for a cellar tour and a wine tasting.You’ll be spending the night in a 19th century located in the heart of the charming town of Oristano.Placed at the northern border of the Campidano region, between the mouth of the Tirso River and the Santa Giusta marshlands, Oristano is the largest town in western Sardinia. It was founded in 1070, after the powerful and prosperous city of Tharros was abandoned, the inhabitants defeated by constant pirate raids. Overnight in ORISTANO

Today we take the most beautiful stretch of coastal road in Sardinia on the drive north-west to Bosa: 45 miles of breathtaking views on stunning rocky cliffs that overlook the sea. Your transfer to Alghero features a stop at the archaeological excavations at Tharros, a city founded by the Phoenicians around the end of the 8th century BC, on a split of land called Capo San Marco. Most of the visible remains date back to the Punic-Roman era, but there is also evidence of previous civilizations: the nuraghic village (late Bronze Age) and the Tophet (Phoenician) located on the hill, Su Murru Mannu. The day continues with a short drive to the pastel coloured houses of Bosa, dominated by the Castello dei Malaspina, on the right bank of the Temo river, the only navigable river in Sardinia. This fascinating town is famous for its artisan tradition of gold-filigree jewellery and lace-making. In the Sa Costa medieval quarter, a labyrinth of cobblestone alleys and steps, you can still see women sitting outside their homes making lace. After time on your own for lunch and an included boat trip on the river, you’ll reach the island’s most picturesque medieval seaside town, Alghero for your last two nights in Sardinia.Overnight in ALGHERO

Breakfast in hotel. Following the Catalan-Aragonese invasion of Sardinia, Alghero underwent total Hispanicization and became known as “little Barcelona”. The old town is the perfect place for a stroll to sample delicious local seafood and wines. It is also known for its deep coral, unique to this coastline, which is intertwined with intricate filigree work to make jewellery. The lively piazza, known as “Il Salotto” (the dining room), is fitted with shops and restaurants. In the afternoon, we’ll visit the beautiful limestone headland of Capo Caccia to the west of Alghero, a panoramic spot with sweeping views over the cape. Around the headland is the Grotta di Nettuno- the mystical cave of Neptune and nymphs. A steep series of 654 steps leads down to the cave, bathed in shimmering colours and bristling with stalactites and stalagmites contorted into fantastical shapes. Dinner is included in a local tavern in Alghero.Overnight in ALGHERO

Today we take a journey inland through the Gallura region rich in oak woods and granite rocks.Our first stop is the charming 13th-century Aragonese town of Castelsardo, perched on a cliff looking at the Gulf of Asinara.The town is dominated by its Castle hence its name and sits high on a hilltop sheltering the houses below.Imagine steep, winding streets leading up to rugged defensive towers and elderly women sitting in doorways weaving elaborate baskets. It’s little wonder it has been listed as one of Italy’s most beautiful villages.We then drive to the heart of the Gallura region where in the town of Calangianus we visit a cork factory where we learn about this important Sardinian technique.We spend the last four nights in the charming town of Olbia staying in a family boutique hotel.Dinner tonight is on your own.Overnight stay in OLBIA

This morning drive takes you to visit the Costa Smeralda or Emerald Coas.This 20-kilometre stretch of reclaimed and tastefully developed coastline has grown to become one of the world’s most celebrated holiday playgrounds and a haven to the Mediterranean’s sailing and private yacht community.As we head off to explore, we’ll discover beautiful white-sand beaches, idyllic remote bays and sublime hotels. It’s no wonder this glamorous destination is a magnet for the rich and famous.Enjoy some time to yourself with a stroll around Porto Cervo pretty marina, where there’s sure to be plenty of elegant yachts moored.The Piazzetta is another great place to head. It’s lined with designer boutiques, cafés, bars and restaurants, so maybe sit with a refreshing drink and indulge in a spot of people-watching.Dinner is included this evening in a local restaurant.Overnight in OLBIA

Morning transfers to Olbia airport for your flight home 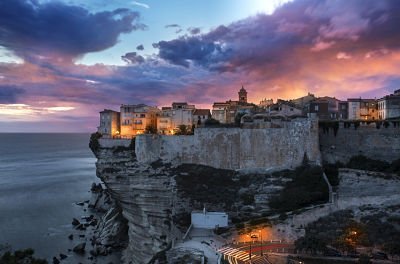 Famous mostly for its sea and coastline, Sardinia also abounds in spectacular natural scenery and numerous archaeological ruins, such as the archaeological sites of the early Prehistoric times and the nuragic villages, should not be ignored, as they represent the importance of the geographical and strategic position of Sardinia in the Mediterranean. Sardinia has some Read more
x
x
Translate »