Experience the Southern Italy lifestyle with a small group of 12/14 participants only! Distinctive and delightful, with crystalline seas, pretty countryside and endless sunshine, Basilicata is a land of natural beauty, warm hospitality and amazing food and wine. A unique, much-loved southern region.Dramatic mountains, Byzantine rock-hewn churches, sun-baked olive groves, stunning Romanesque architecture and some of Italy’s best beaches are tempting more and more visitors to the exciting little-known regions.

Basilicata has an otherworldly landscape of tremendous mountain ranges, dark forested valleys and villages so melded with the rock face that they seem to have grown there. Its extensive coastline bears the marks of many conquering invaders:the Normans, the Spanish, the Turks, the Swabians and the Greeks. Yet, despite its diverse influences, Basilicata has its own distinct and authentic identity. Calabria contains startling natural beauty and spectacular towns that seem to grow out of the craggy mountaintops.

Sun and sea, food, wine and quality of life – explore this diverse and captivating regions.From the peaks of the Pollino to the crystalline waters of the Tropea peninsula, this small group tour immerses you in the natural beauty of Calabria.This is where to head for an adventure into the unknown.

We have a real passion for Calabria and look forward to sharing it with you! Trust the locals…

Arrive at Lamezia Terme airport or railway station where you’ll be met by your driver for a group transfer at 14.00 and travel to the splendid town of TROPEA which boasts centuries of glorious architecture and art treasure, for your first two nights in a beautiful hotel located near the village center. After an opportunity to rest and freshen up,you’ll be treated to a welcome aperitif at the hotel bar followed by dinner in a local restaurant.Overnight in TROPEA

One of the most picturesque towns on Calabria’s largely built up Tyrrhenian coast, TROPEA’s town architecture reveals medieval Norman and Arab touches as well as a more austere baroque style than that of Rome or Naples. It also offers superb views of the sea and beaches. The old town hangs on to a cliff-side facing a large rock, formerly an island.The rock is topped by a former medieval Benedictine sanctuary. The cathedral is of Norman origin, although it has been rebuilt several times.A walking tour of the town center will let you appreciate not just the charm of the brick and stone houses hugging the steep lanes, but greeting the local people you meet and witnessing their daily routines. Overnight in TROPEA

This morning drive takes you to REGGIO CALABRIA to visit the National Museum which houses a fine collection of artifacts from ancient Region- a Greek city on the site of the present town-and from other Greek sites. Chief among its treasures are the GREEK BRONZES, larger-than life statues of warriors dredged from the sea off Riace Marina in 1972.Complete the day adventure with a stop to the ghost town of PENDEDATTILO, an ancient village completely abandoned and a visit to the charming fishing village of SCILLA, the perfect setting for your non included lunch.Dinner is on your own this evening.Overnight in TROPEA

This morning drive takes you to the mountain village of SERRA SAN BRUNO with its CERTOSA ,an Abbey where the Carthusian monks still live today.After an interesting tour of the world-famous Amarelli Licorice Factory and Museum, continue to CORIGLIANO CALABRO with its stunning DUCAL CASTLE. Originally built in the 11th century, when the Normans fought the Byzantine rulers in Southern Italy, the fortress expanded in the first half of the 1300s thanks to the powerful Sanseverino family. In the 15th century, the castle was renovated, and its architecture took on the typical features of the Aragonese style; the structure was further altered in the 17th century by the Saluzzo family, and in the 19th century by the Compagna family.Spend the next two nights in the enchanting hilltown of ALTOMONTE, staying at the family “HOTEL BARBIERI” or similar, located a short walk to the historical center.Dinner is included this evening in a local restaurant where you will feel like one of the family.Eat like a local! Overnight stay in ALTOMONTE

This morning meet your local tour guide for a walking tour of the historic center of ALTOMONTE, where you will discover medieval alleys and traditional life of Calabrians.The historical center is characterized by cobbled streets, stone houses, beautiful buildings and superb views of the valley and mountain ranges. Altomonte has several attractive Gothic-style churches and there is a Civic Museum housed in the old convent adjacent to the Duomo.The present-day construction has a beautiful portal, bell tower with mullioned window and Baroque interior modifications.You will see the main city churches and the museum that contains among other works the famous “San Ladislao” of the school of Giotto.Following this, visit to a local farmhouse for an included WINE TASTING followed by an entertaining COOKING CLASS with the charming Laura.Dinner is included this evening in the family restaurant. Overnight in ALTOMONE

We depart this morning to discover the enchanting UNESCO POLLINO NATIONAL PARK and its intriguing villages and towns that still preserve traces of Albanian culture more than five centuries after their ancestors fled to Calabria as Turks invaded Albania. Today, they form the largest ethnic minority in the region. They have their own language, literature, dress, and their own Greek Orthodox bishop. In the small Albanian-speaking village of FRASCINETO you’ll visit the Museum of Icons and Byzantine traditions, a true reserve of artistic treasures, as well as a rather unique institution in Calabria’s cultural landscape. Coming from Russia, Romania, Bulgaria, Serbia and Greece, the icons are more than 250 date back up to the 17th century.Continue to the Albanian mountain village of CIVITA on the southwestern side of the Pollino mountain chain, already in existence during the Middle Ages. It is also known for the “Devil Bridge”, a panoramic bridge built over one of Italy’s deep gorges, the so called “Raganello Gorge.Drive to the picturesque fishing town of PIZZO CALABRO, staying at “PICCOLO GRANDE HOTEL“ or similar.Overnight stay in PIZZO CALABRO

Day 7: MY TIME IN PIZZO CALABRO & THE CHIESETTA DI PIEDIGROTTA

After breakfast in the hotel, meet your tour manager for a walking tour in the historical area of Pizzo Calabro, to discover its hidden corners. The tour includes a visit to the intriguing CHIESETTA DI PIEDIGROTTA, an underground cave full of carved stone statues and the little 15th century ARAGONESE CASTLE.You cannot leave Pizzo without tasting the Tartufo di Pizzo – a gelato-based version of the truffle.Tonight, we’ll celebrate you with a farewell dinner in a charming local restaurant.Overnight stay in PIZZO CALABRO

Just wanted to say a big thank you for one of the best tours we have ever been on. We saw a side of Calabria we could never have imagined and Luca our guide was fantastic and so knowledgeable. We meet lovely sisters Mary and Christina and we could not have asked for a better couple of people to see this truely hidden gem. Being children of Calabrian parents I wish they could have seen Calabria like this as well. Aldo & Katrin thank you again, will definitely book again with you!!

It has been a month since our Calabria tour and I am still reliving the memories in my mind! Once again Secret Italia made sure the hotels and activities were top notch! We love the fact that the hotels on your tour are not big hotels and they have the unique qualities of the surrounding area! They were charming and the service was wonderful. The hospitality was exceptional at the Barbieri Hotel! The daily itinerary had some amazing sites, especially the Devil Bridge! What an experience riding off-road to get there. We had so much fun that day. Your tours always include interesting places. They are not just the typical tourist places. And the food! The sweet peppers and onions of Calabria were my favorite. Each meal we had was better than the last. All of the restaurants were high quality. We were so very lucky to have our favorite tour guide Luca to show us the wonders of Calabria! He is so knowledgeable and gives such insight into the culture! Luca is the best!

Secret Italia does not disappoint! You continue to offer varied and interesting small group travel tours and I hope to travel with Secret Italia in the future! 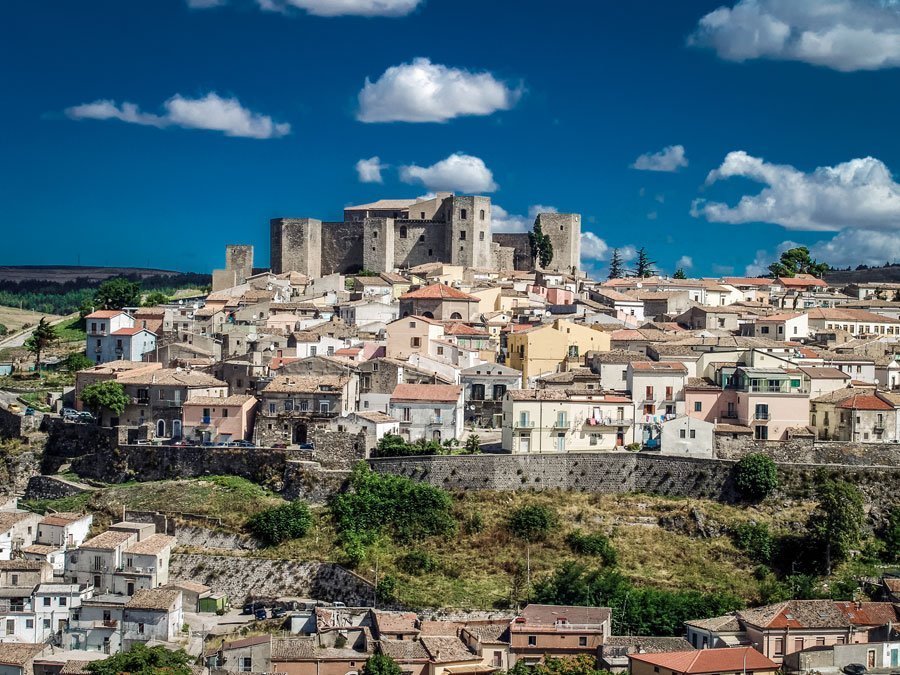 Calabria, in southwest Italy, occupies the “toe” of the country’s boot-shaped peninsula. It’s a sun-baked region of rugged mountains, old-fashioned villages and dramatic coastline, with many popular beaches. Coastal Reggio Calabria, its largest city, is home to the Museo Archeologico Nazionale and its Riace Bronzes, a famous pair of Greek warriors dating back to the Read more
x
x
Translate »