The Republic of Malta is located in the center of the Mediterranean Sea. The archipelago is formed of two main islands, Malta and Gozo, as well as Comino, are the only inhabited islands, and some smaller uninhabited islands named Cominotto, Filfla and St.Paul. Thanks to its position, Malta has represented a bridge between Africa and Europe since ancient times. The islands are in fact only 90 kms from Sicily and 290 from the African coast. With a population of about 400,000 inhabitants and a surface area of 320 square kilometers, Malta has the highest density of population per square kilometers of any European country.

There are plenty of opportunities in Malta for sports of any kind and activities for nature lovers such as walking and trekking, birdwatching, horse riding, rock climbing, windsurfing and several more.If you are lucky enough to be in Malta during the summer months, your visit would be not be complete without a visit to a golden sandy beach & the Maltese Islands offer excellent opportunities for

swimming & sunbathing around their coastlines.Undoubtedly, Ghadira Bay (Mellieha) and Golden Sands are the best 2 sandy beaches in Malta however smaller ones can also be found at Ghajn Tuffieha, (next to Golden Sands) Armier Bay, St George’s Bay, (Paceville) Paradise Bay, Pretty Bay (Birzebbugia) and Bugibba. In Gozo, Ramla Bay, (near Marsalforn) has a large sandy beach and other smaller ones can be found dotted around the island. Comino also has a few small sandy beaches, especially near the
hotel and of course, for swimming, you won’t beat the crystal clear water of Blue Lagoon. With very warm sea temperatures in the summer and autumn, you will find most of the locals taking a dip in the sea even from the rockier areas of coastline across Malta & Gozo. Swimming in the sea is generally safe in most areas, however signs are in place if any warnings are necessary

Dwejra
Dwejra is a natural beauty spot on the Western tip of Gozo famous for its natural landmarks such as
the Azure Window. The Azure window is so called because the 100 metre arch in the rock through
which the sea passes looks like a giant window frame looking out onto the Mediterranean sea.Fungus Rock - a small islet in the form of a 60 metres high massive lump of limestone - is also an attraction as The Knights Hospitaller apparently thought the Fungus growing on
the rock's flat top had medicinal properties. 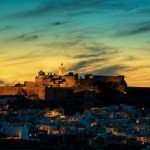 Sliema, St Julian's and Paceville are the most popular destinations for night activities

Malta may be small, but it has a wealth of history that far exceeds most expectations. From some of
the earliest recorded temples anywhere in the world, to over two centuries of rule under the legendary Knights of the order of St.John and its unforgettable role as an island fortress during
World War II. Malta’s Prehistory dates back from 5,000B.C – is a period still shrouded in mystery but offers the first evidence of habitation in Malta. The island’s fascinating temples at several locations including Tarxien and Hagar Qim, dating around 3500BC are some of the earliest examples known to archaeologists. Throughout the centuries, Malta’s attraction to the many armies that
have tried – often unsuccessfully – to conquer it can usually be attributed to its strategic location in the middle of the Mediterranean, 60miles south of Sicily. The Phoenicians, the Carthaginians, the Romans, Arabs and Spaniards, even briefly the French under Napoleon, all at some time ruled Malta.
One of the most informative periods in Malta’s history started in the first half of the 16th century. In
1530, the knights of the Order of St.John, made the Maltese Islands their home, as they were offered
to them by Charles V of Spain, after they were ousted out of Rhodes by the Turks. This move
ultimately led to one of Christendom’s greatest triumphs over Islam. – The Great Siege of Malta –
1565. Malta’s Capital City, Valletta with its magnificent bastions was built as a result of The Great Siege. Over two centuries of peace and prosperity followed under the rule of the Knights of St John, and to date many Palaces, gardens and treasures can be still seen today.

The Knights surrendered to the island by the British and Russian Powers, the French were ousted. Malta was then controlled by the British and survived both World Wars. Modern Malta gained its Independence in 1964 and then became a Republic in 1974. Malta joined the European Union in 2004.

Valletta
Valletta, The Fortress City, Citta' Umilissima, "a city built by gentlemen for gentlemen" is Malta's
capital city: a living, working city, the administrative and commercial heart of the Islands. Valletta has many titles, all recalling its rich historical past. It is the "modern" city built by the Knights of St John; a masterpiece of the Baroque; a European Art City and a World Heritage City.
Today, it is one of the most concentrated historic areas in the world. Walking around Valletta you'll come across an intriguing historical site around every corner: votive statues, niches, fountains and coats of arms high up on parapets. Narrow side streets are full of tiny quaint shops and cafés, while Valletta's main streets are lined with larger international branded shops for fashion, music, jewellery and much more.

Mdina and Rabat
The history of Mdina traces back more than 4000 years. According to tradition it was here that in 60
A.D. that the Apostle St. Paul is said to have lived after being shipwrecked on the Islands. Furthermore it is said that St. Paul resided inside the grotto known as Fuori le Mura (outside the city walls) now known as St. Paul's Grotto in Rabat. Lamp lit by night and referred to as "the silent city", Mdina is fascinating to visit for its timeless atmosphere as well as its cultural and
religious treasures. Mdina has had different names and titles depending on its rulers and its
role but its medieval name describe it best - ‘Citta' Notabile': the noble city. It was home then, as now, to Malta's noble families; some are descendants of the Norman, Sicilian and Spanish overlords who made Mdina their home from the 12th century onwards. Impressive palaces line its narrow, shady streets.Like nearby Mdina, Rabat played a major role in Malta's past and is a prime source of its cultural heritage.This large provincial township was part of the Roman city of Melita, with the sites and archaeological relics found testifying to the town's importance during the Roman period. The town is a commercial centre and acts as a market to its large agricultural hinterland. It is also well established on the tourist map due to its archaeological and historical sites: The Roman Villa (Domus
Romana), catacombs, St. Paul's Grotto and the fine churches and monasteries.

The Three Cities
The Three Cities offer an intriguing insight into Malta and its history. Left largely unvisited, these
cities area slice of authentic life as well as a glimpse into Malta's maritime fortunes. The Three Cities can rightly claim to be the cradle of Maltese history, as Vittoriosa, Senglea and Cospicua have provided a home and fortress to almost every people who settled on the Islands. Their harbour inlets have been in use since Phoenician times: the docks always providing a living for local people, but also
leaving them vulnerable when Malta's rulers were at war. As the first home to the Knights of St. John, the Three Cities' palaces, churches, forts and bastions are far older than Valletta's.

Gozo
Gozo is the sister island of Malta, and the second largest island in the Maltese archipelago. Though
smaller than Malta, at only 14Km long and 7km wide, and with a population of only 31,000, the
island has a unique identity, which the Gozitans (natives of Gozo) are fiercely proud of and should not be considered as merely an extension of the main island of Malta. Gozo is easily reached from Malta by ferry - the journey taking about 25 minutes from Cirkewwa (Bus from Valletta) . Major attractions include Victoria, The capital of Gozo with its Cittadella, (fortified city); Ggantija Temples; and Dwejra a natural beauty spot. Gozo is more traditional than Malta, and life moves at a slower pace. The island is also greener, especially during the summer months.
The Island's countryside is popular with hikers and there are a number of trails that will allow you to
enjoy the varied landscape and spectacular coastline.
Cittadella is one of the ancient cities in the Maltese Islands. Based in Gozo, Cittadella had the task of
monitoring the battles in the Great Siege. Cittadella has similar features as Mdina, in fact it is considered to be another Mdina in the island of Gozo.
In Cittadella you will enjoy the views that it provides. Being a fortification, you will encounter with many historical monuments and other sources of useful information. One can also view the historical architecture that can be found in Cittadella. You will also love to see the walls of Cittadella and the church based in this fortification. 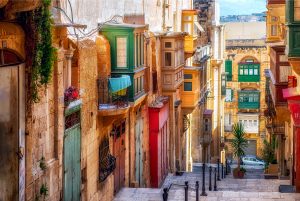